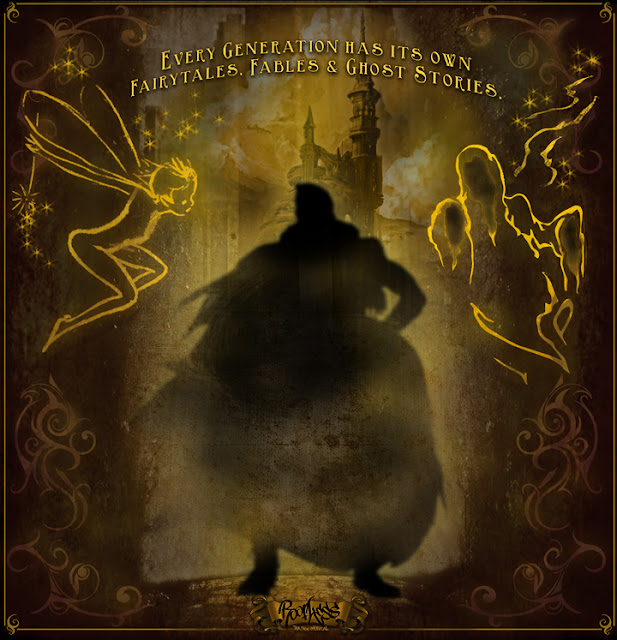 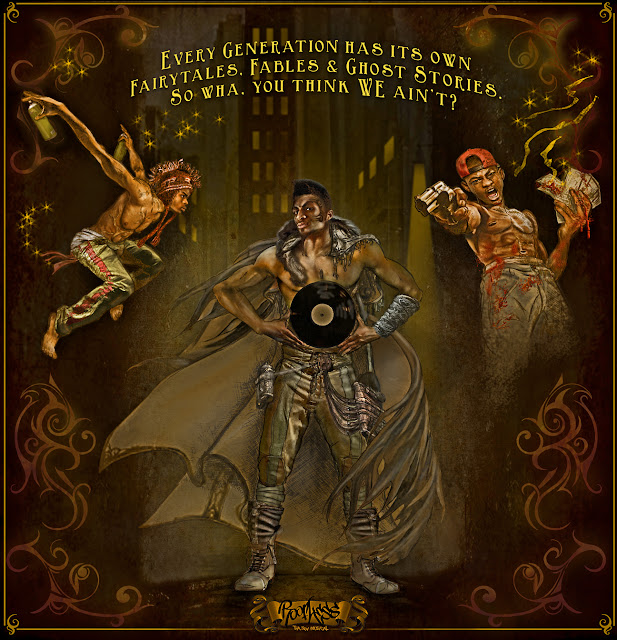 When we set out to write a musical about the Hip-hop generation we wanted to have the ability to speak about the unfolding plot from the "Big Picture" point of view; from a character who could see the struggles of an entire generation and how our characters fit into the grand scheme. This, along with our desire to create a new sort of "urban fairytale" visual language, eventually led to a story structure that allows the audience to see both the Real World and the Spirit World, and the forces mobilized for and against our 2 young protagonists Scope & Marquee. 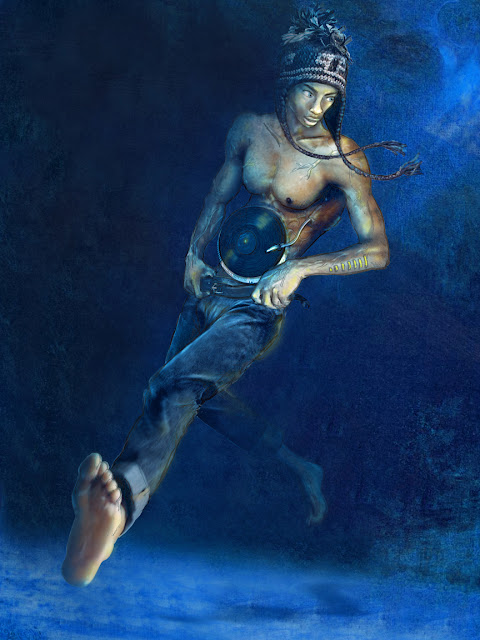 To our Street Dance heads "TAGZ" could easily be described as the offspring of "BBOY NEGUIN and Tinkerbell."   hahaha.  In the storyline Tagz is a character that was created out of the imagination of principle character Scope during his troubled childhood.  He "helps you see what you can't see." He is the embodiment of "having vision." Similarly, he assists the Narrator "TELLA" bring the story visually to life for the audience via 2 foundational elements of Hip-Hop, DJing & Graffiti bombing. 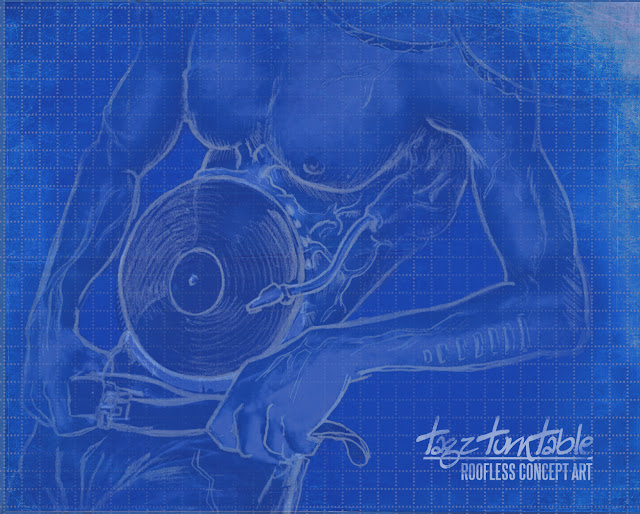 To tell the story of "Roofless," Tella spins individual "tracks" from Scope's life for the audience by placing the appropriate vinyl on Tagz' and dropping the beat. (As you can see in this concept art, Tagz has been equipped by Destiny for this purpose.)  Tagz then flies to the top of the stage and paints the scene to life. 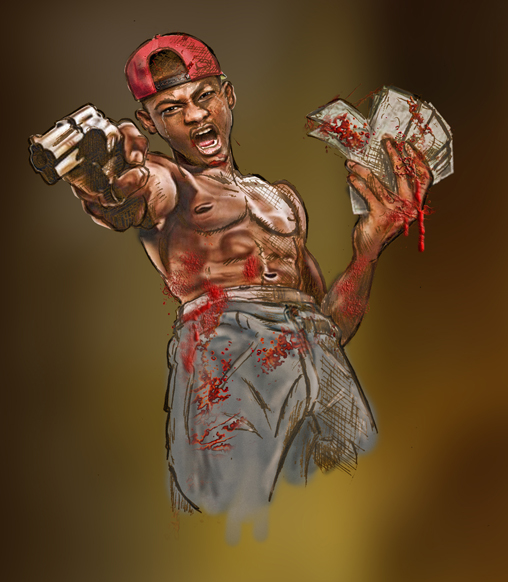 The majority of "Roofless" is a flashback to the summer of 2005.  While Tella and Tagz help the audience travel through time to see Scope's life, it is the Ghost of Scope's best homie Marquee who must contact Scope's present day son to explain to him the events of 2005 that Scope refuses to talk about. 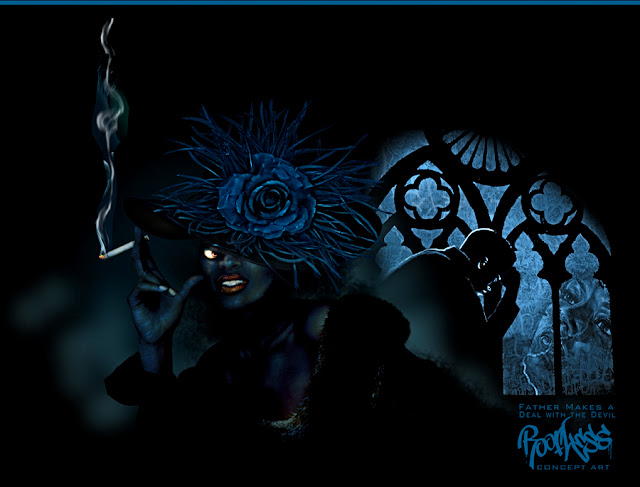 The fourth and final character from the Spirit realm who intervenes in the lives of Real characters is the devil...herself. She is seen here in this piece of concept art offering Marquee's Crime Boss father the proverbial "Deal with the Devil"- a deal that ends up shaping the lives of both Scope and Marquee in ways no one would imagine.