Two Table Readings Coming Up!  Next week in TULSA and
around the first of the year in LA with our esteem'ed (pronounced Shakespeareanly, of course) mentors, whose names we shant drop because they are so high up in the stratosphere of Broadway luminaries that dropping said names all the way down to our lowly level might hurt some innocent bystander. 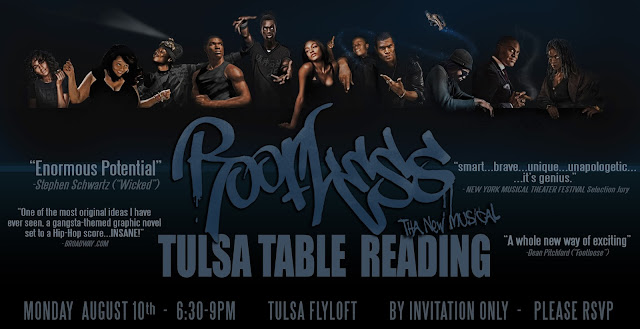 NEW TABLE READINGS also give us the chance to pull out  one of our goofy favs from our promo video library.  Check out a ridiculously LoonyTuned look at how we conduct our table reads. (This footage is from ASCAP Headquarters, DGA building in LA. 5 or 6 years ago I think.) Click it out below:

So for years, each time we assembled a cast for a reading or developmental performance Jerome and I discussed how we needed a graphic that showed all the show's characters to help interested actors quickly see the types we're seeking.  So finally - after many years and over 3,000 actors have been through the "Roofless" casting process (betta late than neva, hahaha) and in anticipation of a couple important readings coming up, we pulled the illustration together.  Ladies and gentlemen, we present the archetypal Roofheadz. (Above,l to r) R'Yonne, Dimples, Hogeye, Nine, Loomin', Sela, Lil Man, Scope, Marquee, Father & Tha Devil… and levitating, or rather, "levibreaking," above the principals is the character who has come to represent the flava of "Roofless" and, in essence, the flava of all our work, Tagz! 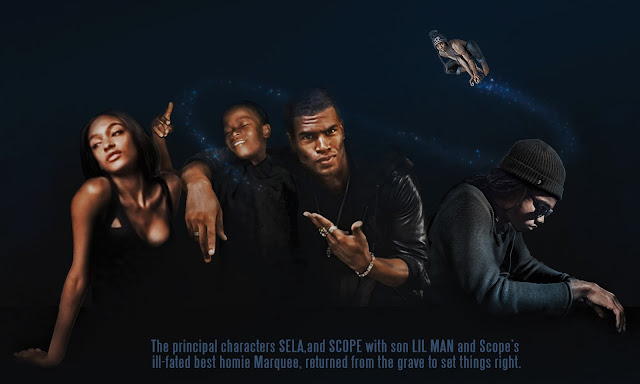 Some model creds: My work as TuTchT IMAGING has put me in association with some of the top male models of color around the globe.  I gotta shout out the brothers whose images I drew from in developing this cast illustration.  Their brilliant work always inspires me.  S/O to Broderick Hunter, CyKeem White, Ronald Epps, Designer/Model C.Milano, Australia's Prince, and top UK model Harry Uzoka, among others. And, of course, a longterm S/O to Stephen Christopher and J Photogj Frieson Jr for working with us years ago to develop the flying Tagz character. The Sela illustration is based on images of the beautiful Joan Smalls.

(The similarity of these and other models to the characters depicted in this illustration does not represent any involvement in, or endorsement of "Roofless" on their part   ...Not yet anyway, hahaha.   One of these brothers might soon be flexing his acting chopz as part of one of our table reading casts.) 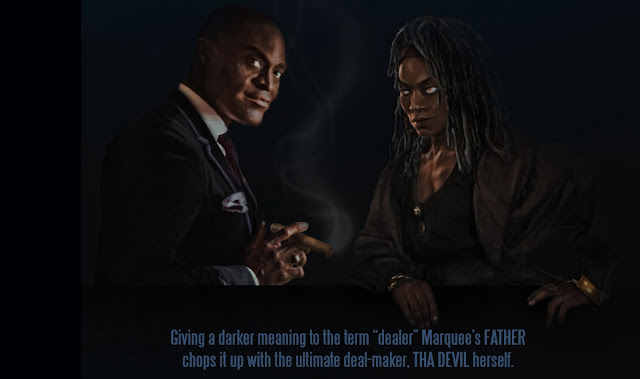